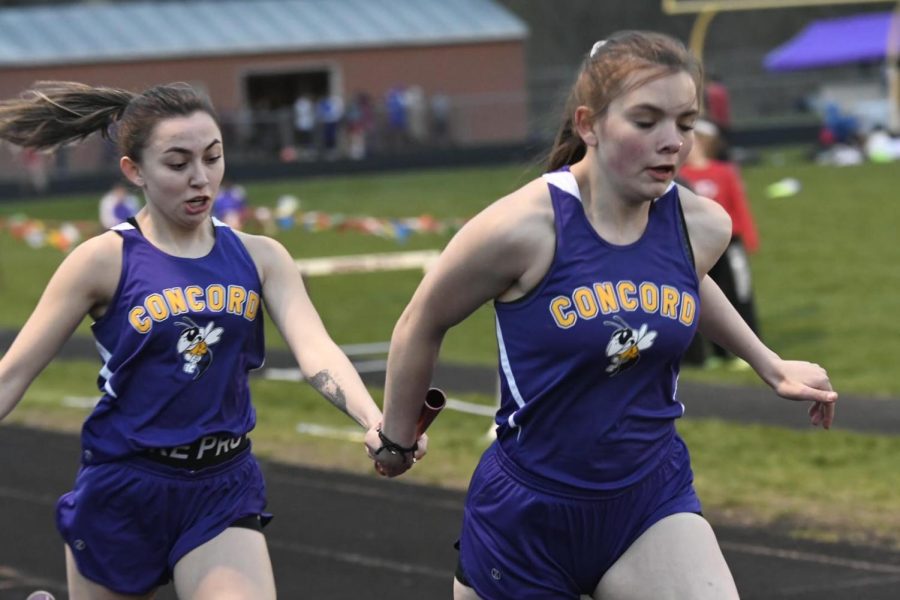 Friday’s performance by the boys’ track team in Union City was outstanding. They finished third overall and had several season highs. Jonathon Mikovits finished third in the 1600 and fourth in the 800-meter dash, respectively, with season-best times. Adair Artis finished second in the 400-meter dash, finishing with a season PR. Artis commented, “We are doing good, the work we put in practice is really showing.” Malachi Boyd won the 200-meter dash and also ran the fastest time of the season. Josef Bulko finished fifth in the 3200-meter run and set a new personal best. Alex Winters finished 5th in the discus with a season-best throw. In the high hurdles, Omarion Culliver ran a personal best and finished third. Mekhi Wingfield continued to lead the way by winning both the long jump (21 feet) and the high jump (13 feet) (6 feet). In addition, he was a member of the third-place 400 relay team with Colin Thompson, Malachi Boyd, and Connor Keefer and 800 relay team with Boyd, Keefer, and Tyreke Brown.

The girls also participated in Friday’s track meet, Paige Morris set a new personal best in the 100-meter hurdles. Then, Lily McCabe recorded her best toss of the season in the discus Lily commented, “I’m happy about my PR but not satisfied. I had better PR last year, and I’m chasing that.” .Khaleah Wingfield, Shianne Alejandro, Lily McCabe, and Karlee Gamet competed in the 400-meter relay and finished fifth. Rylee Weeks recorded her fastest time of the season in the 800 meters, while Caitlin Wright ran her fastest time ever in the 800. Overall both girls and boys track athletes had a fantastic night.  The next meet will be this Wednesday, Concord will be hosting Springport and Homer on Wednesday. Please come and support these incredible athletes in their next meet.