The Yellowjackets vs. the Vikings

The JV and Varsity boys play a tough game against Bronson. 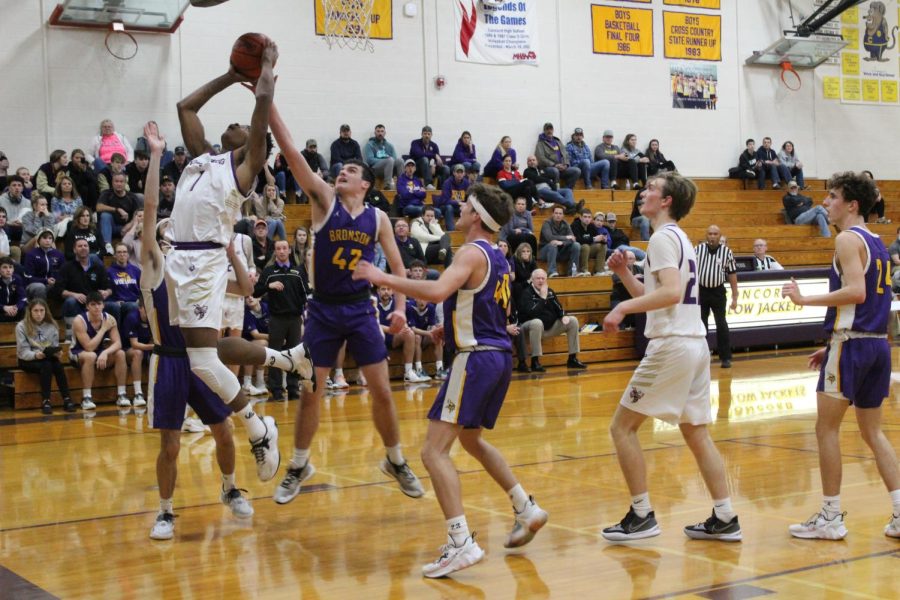 Fouls being called,  intensity on offense and defense, 2 points 3 points, the score keeps rising, the last quarter is coming to an end, the final buzzer rings and…

Concord faced Bronson in a heated match this Thursday. The JV played tough but fell short to a tough Bronson team. Varsity powered through and won 38-35.

Jordan Medellin is a point guard for our JV basketball team. “I hope we can work as a team and play hard for the whole thirty-two minutes,” he says. There is more to a team than just getting out on the court and playing. Hanging out really helps bring their team close together Medellin adds. A big part of sports is working towards goals and achieving them. His goal for the team is “to get better as a unit and to win some games.”

Graeley Sprague was the top scorer of the night, adding thirteen points for the varsity team. Mekhi Wingfield scored ten points. Isaac Waldron and Omarion Culliver each contributed six points. Anthony Evans added three. Both teams worked well together tonight and will continue to work hard throughout the season.  If you missed last night’s game, check out their schedule on the athletic website.